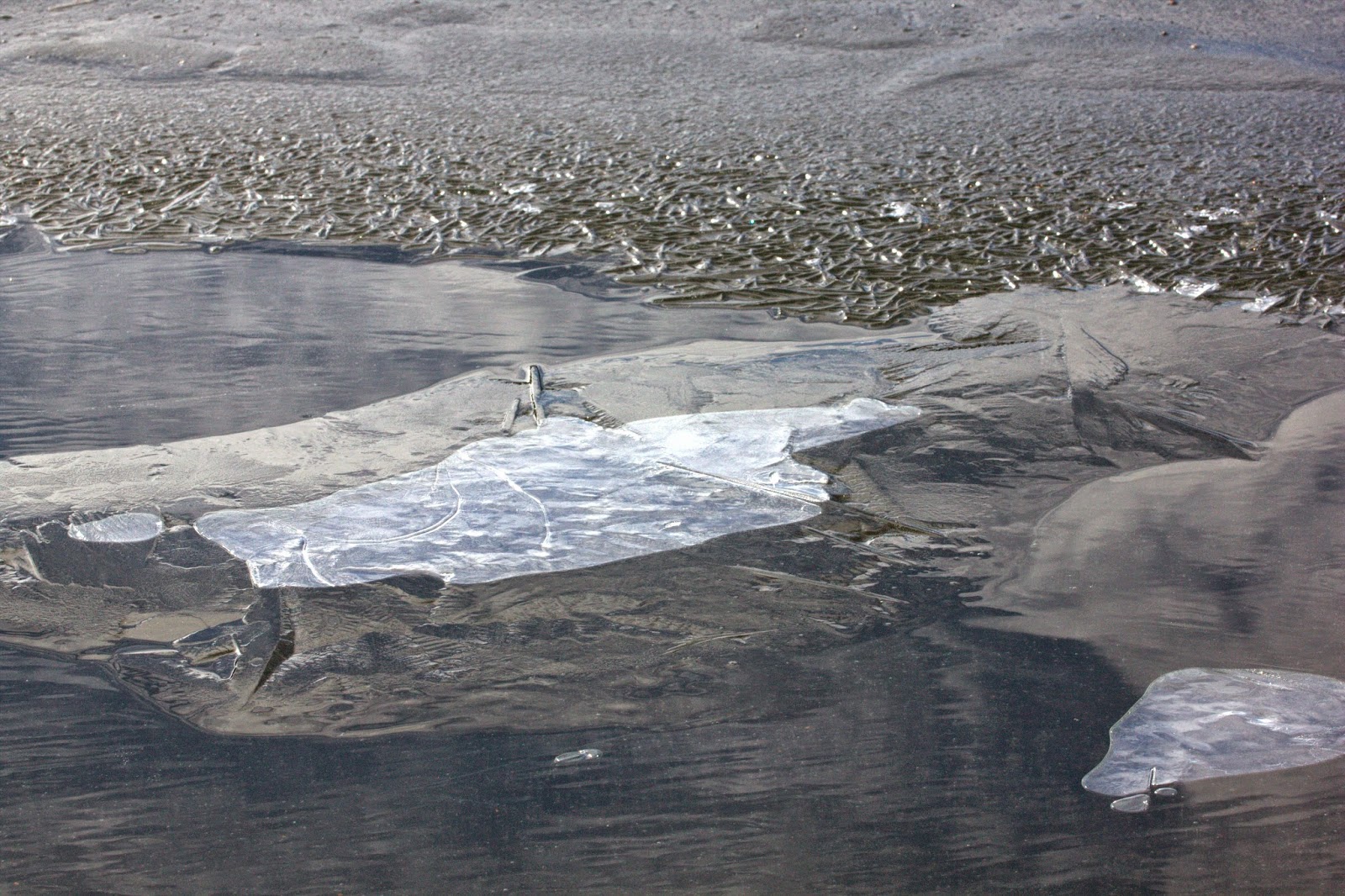 A brief January thaw came through on Sunday bringing mid-40s temps, rain, and strong winds...all making contact with Concord's icy ponds and wetlands.  Such changing winter conditions mixed with the intense angled light of the season are a clarion call for my photographer's heart.  I set off again for Walden, encountering an unexpected and wondrous spectacle of form, reflection, and the history of the pond's winter experience revealed in every icy inch of its surface and shoreline.

Along the shallow stretches along the northern shoreline, where the sun radiates throughout these short days, the once firm ice has thinned and opened in some spots and caught pools of fresh rains in others, creating intergalactic visions of light and dark and jagged yet fluid terrain. 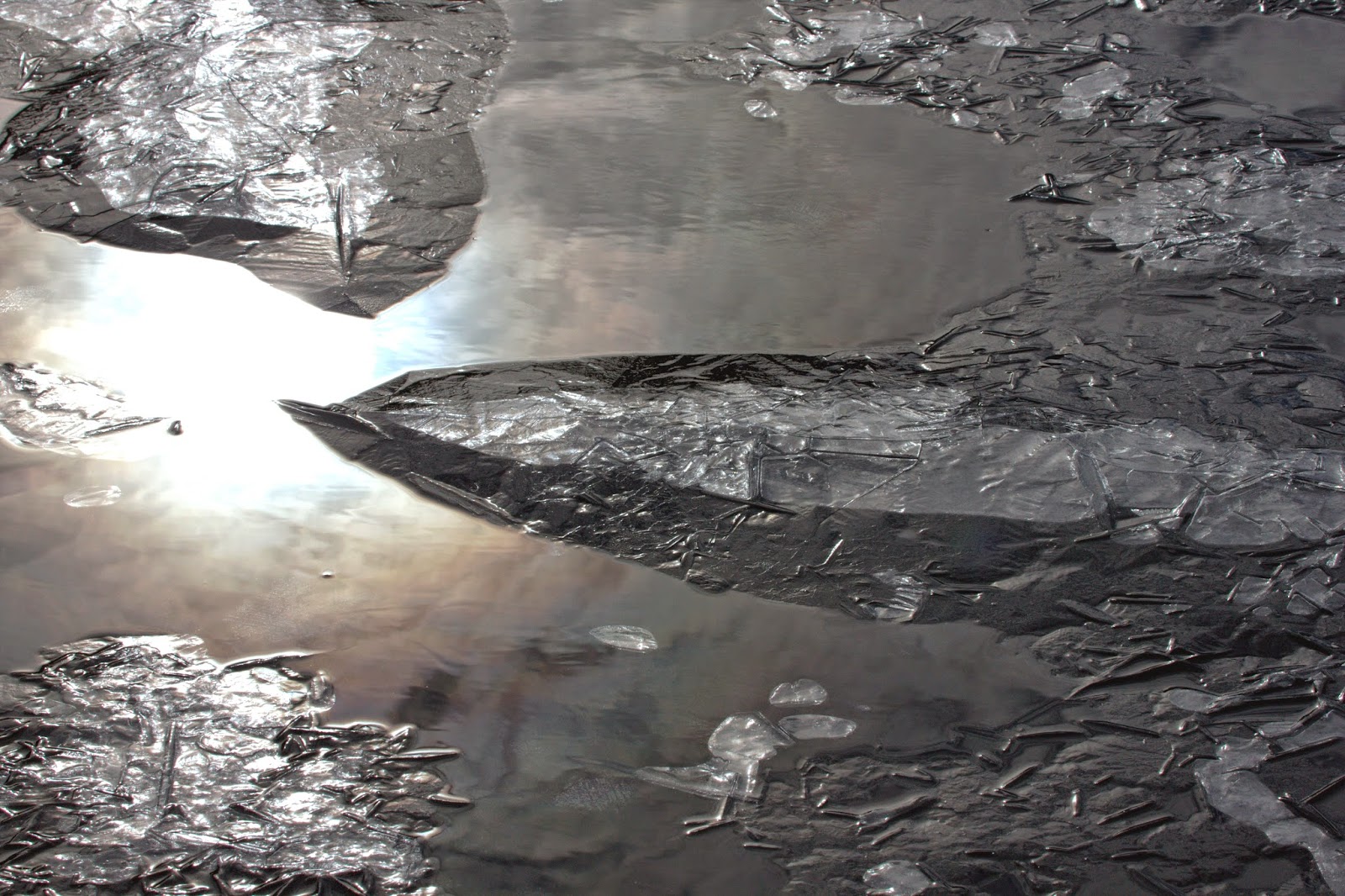 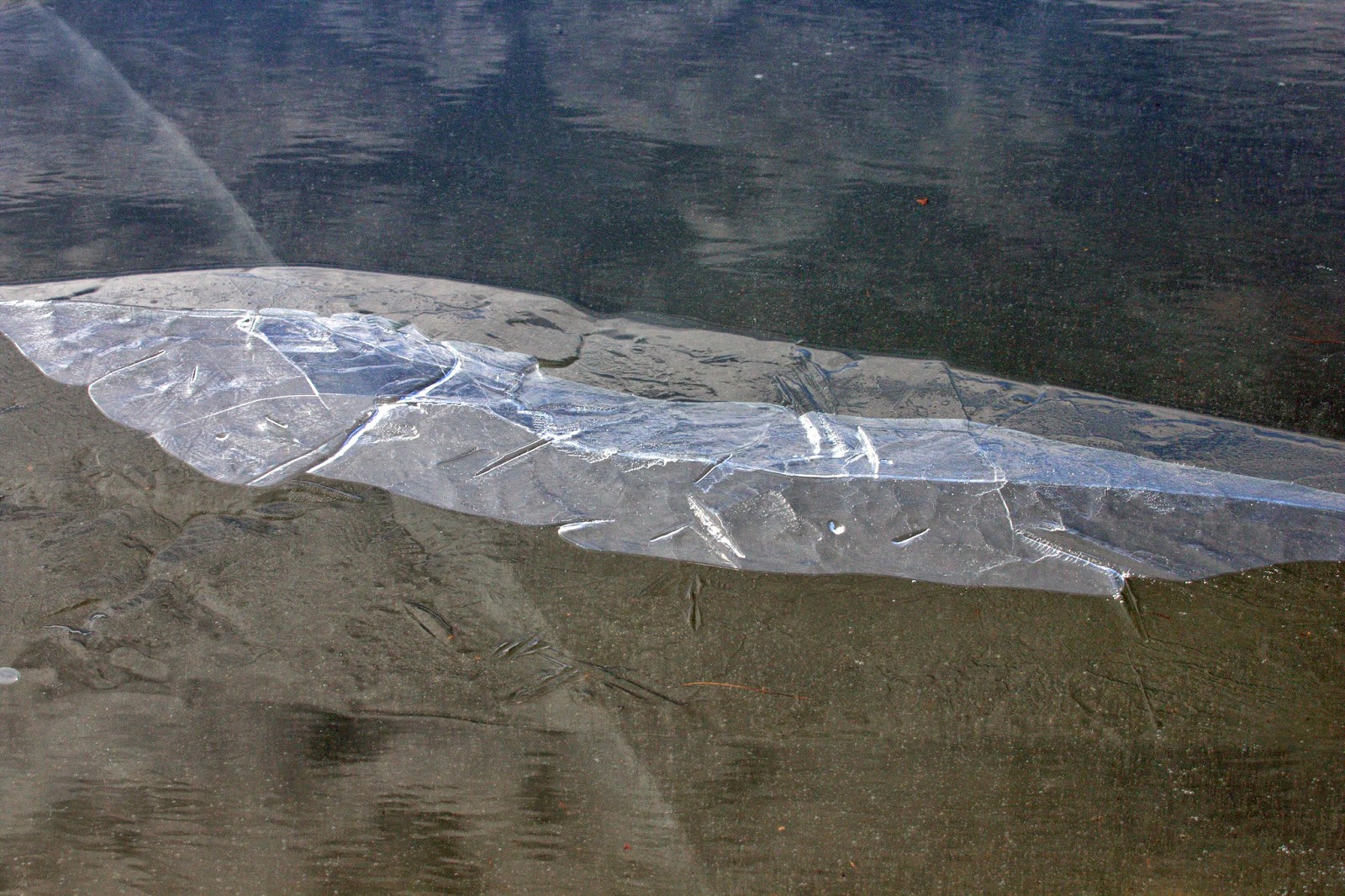 Midway along the northern shore and following all the way to Thoreau's Cove, a tenting of the ice  occurs nearly annually.  I've seen this same phenomenon along the Concord River during winter's that follow frigid, high water autumns.  Along shorelines, water freezes early and quickly beginning the ice sheets that eventually cover the waterbody.  As water levels drop, the ice sheet collapses toward the center of the water body breaking the ice sheets along the shoreline, creating tented structures, fractures, and inverted broken edges that reveal a myriad of fascinating freeze-thaw phenomena both within and under these ice structures. 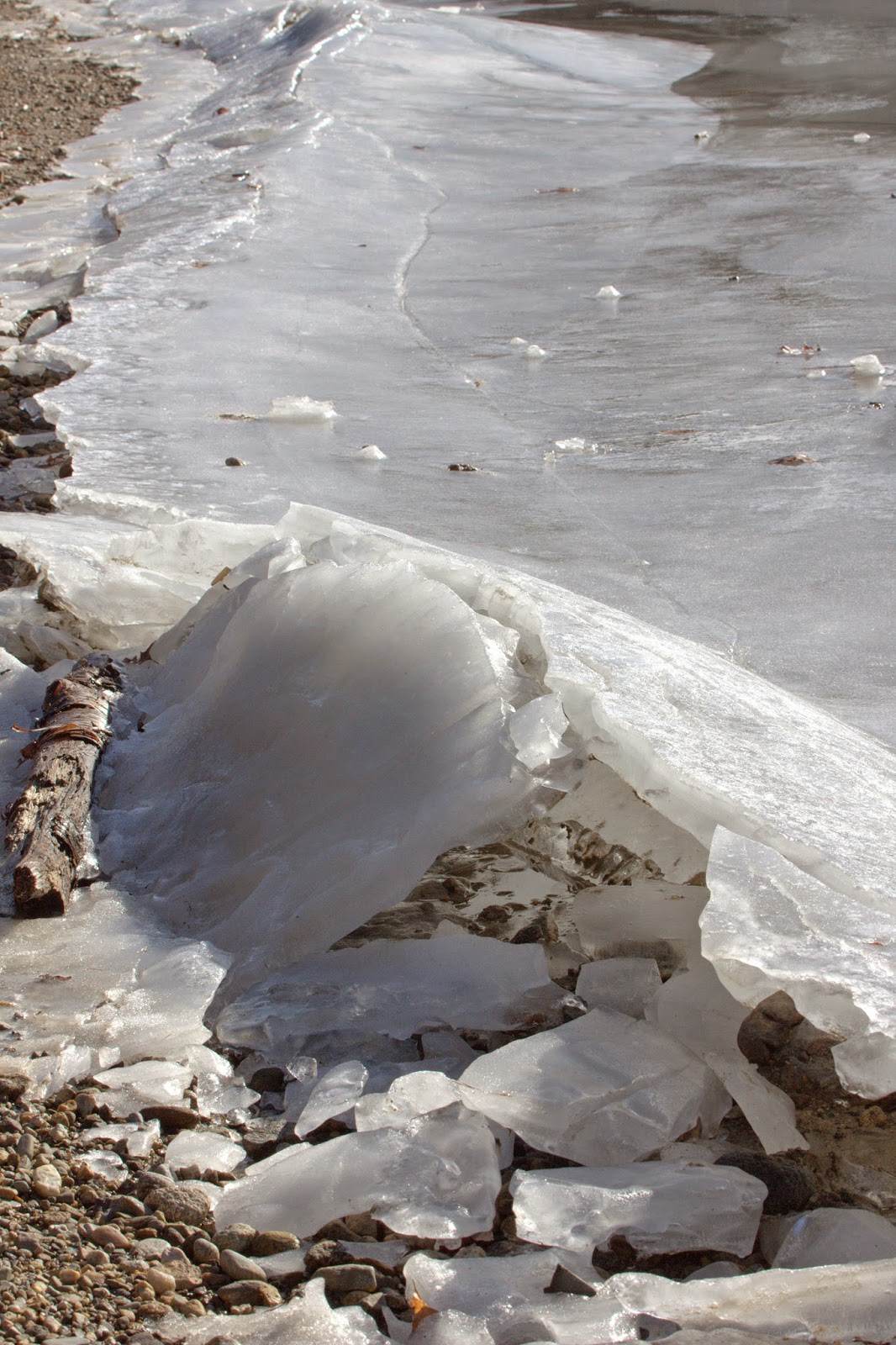 Along ocean shorelines, but less often at the edges of inland ponds, frozen wave forms can be found, where the wind whips up briefly fluid surfaces that then flash freeze in near zero temperatures...as happened this weekend. 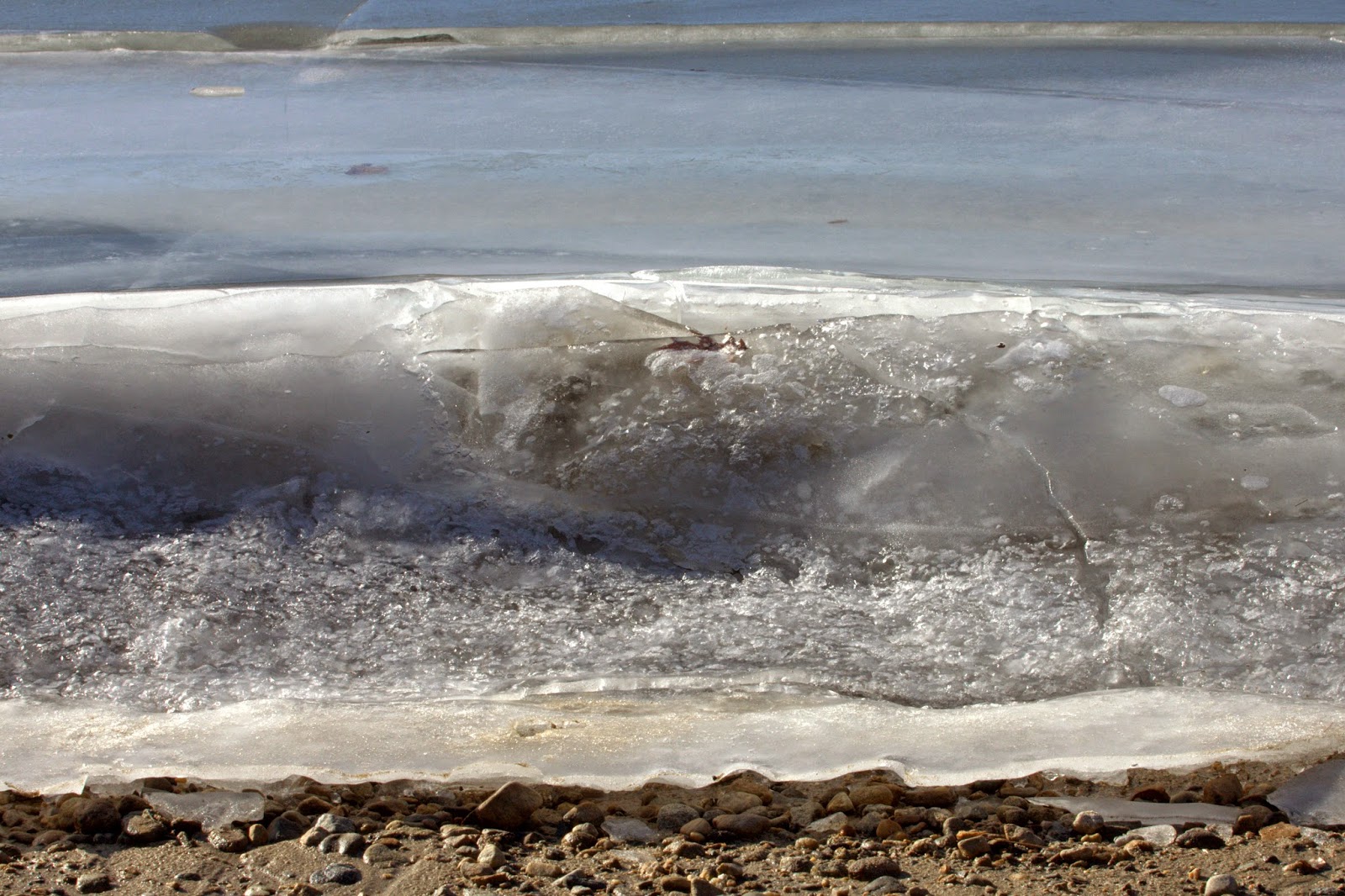 More stories in the ice...here beautiful shadowy impressions made by some of the coarser glacial till along Walden's shore. 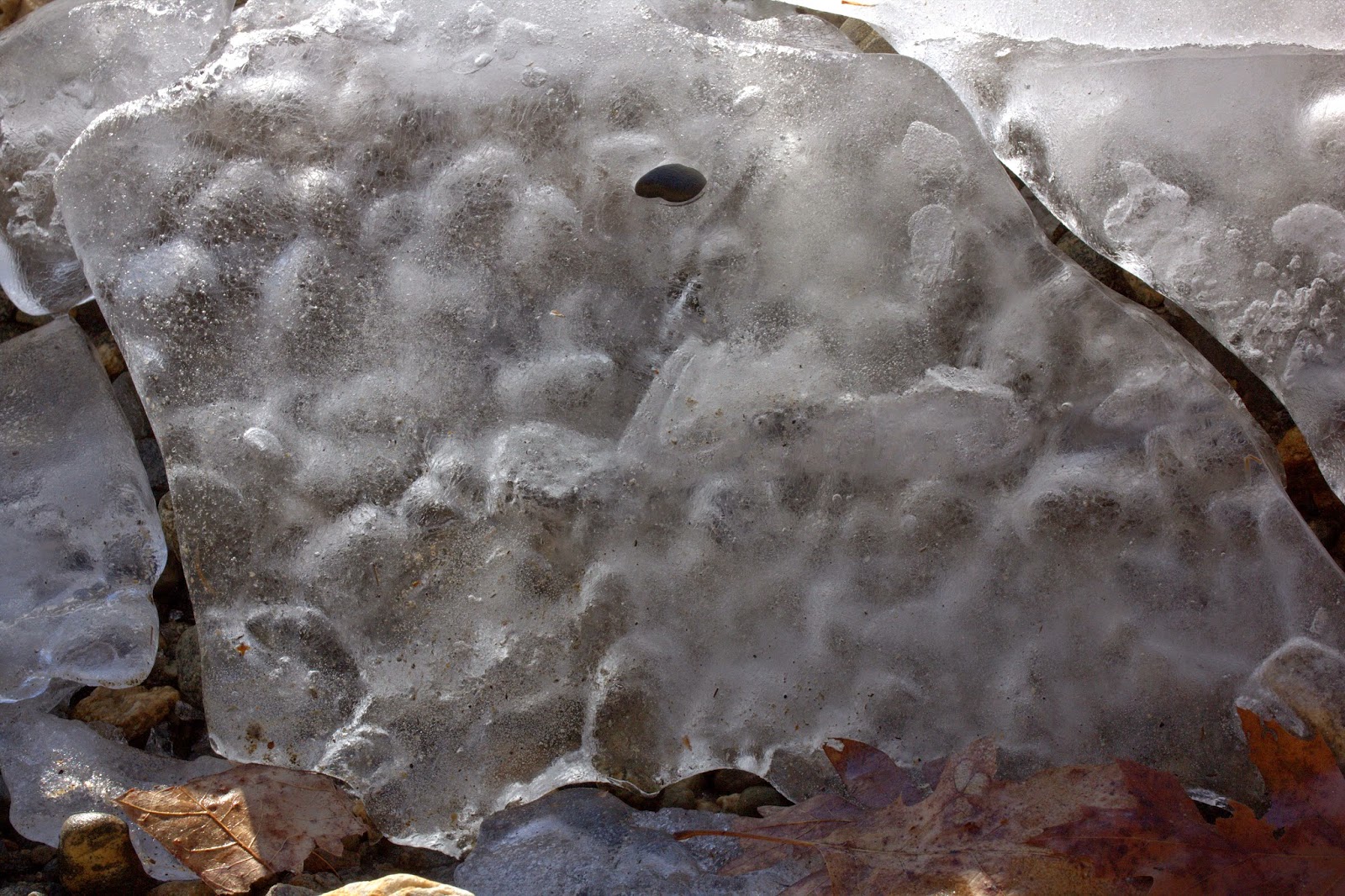 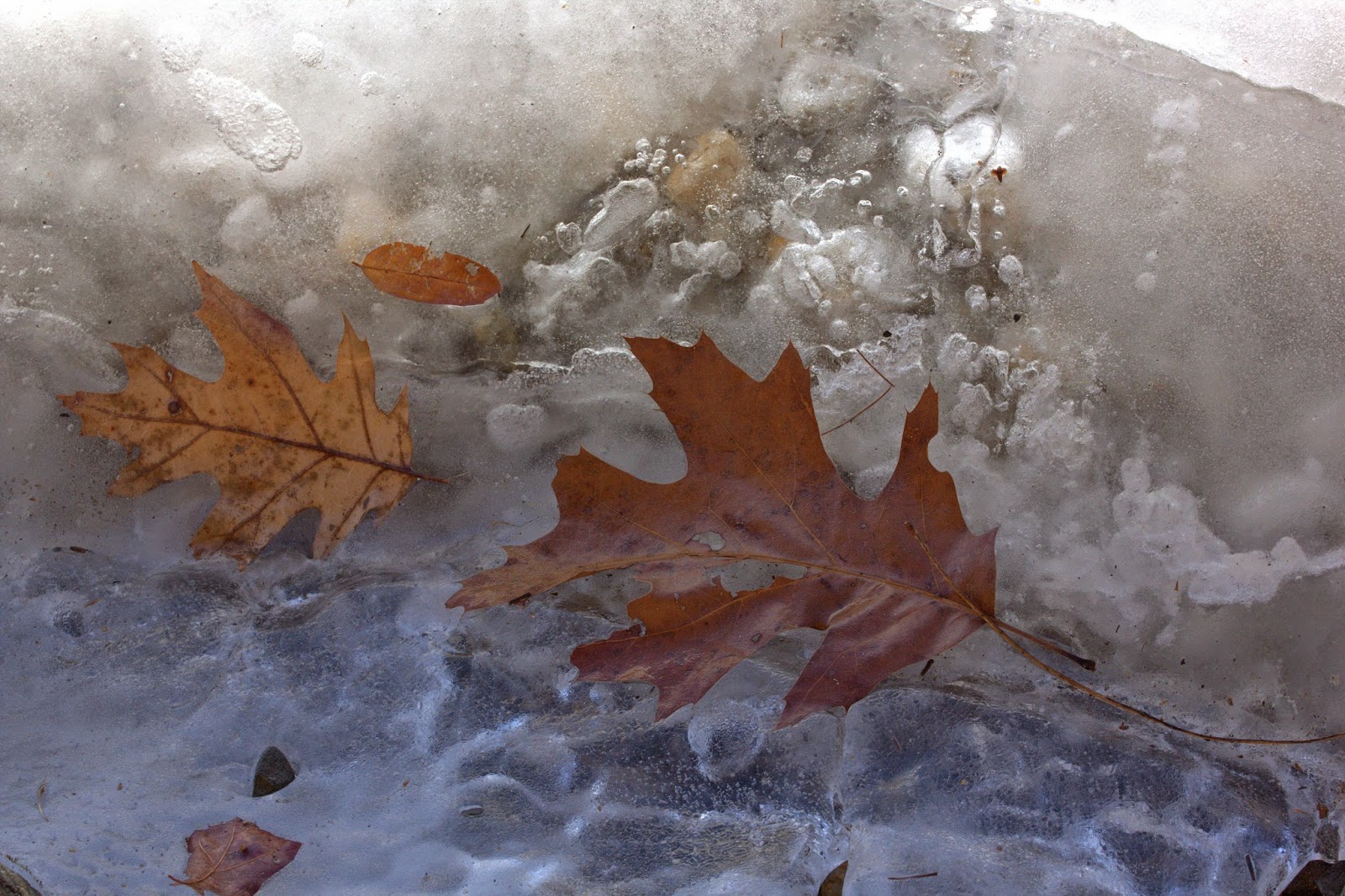 Thousands of tiny bubbles encasing this floating oak leaf are frozen into the pond's icier expanse catching the sunlight and glowing like a silver treasure. 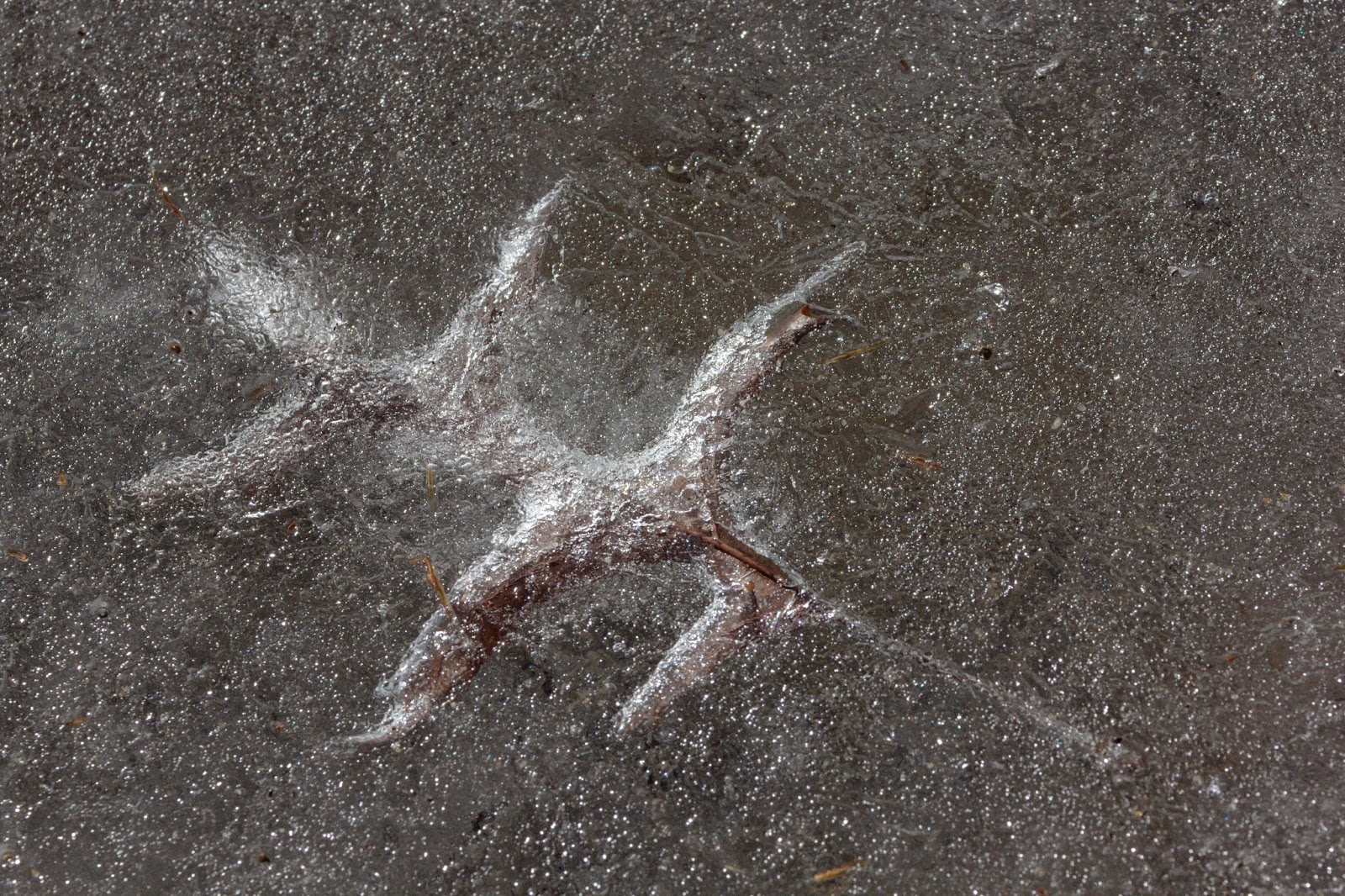 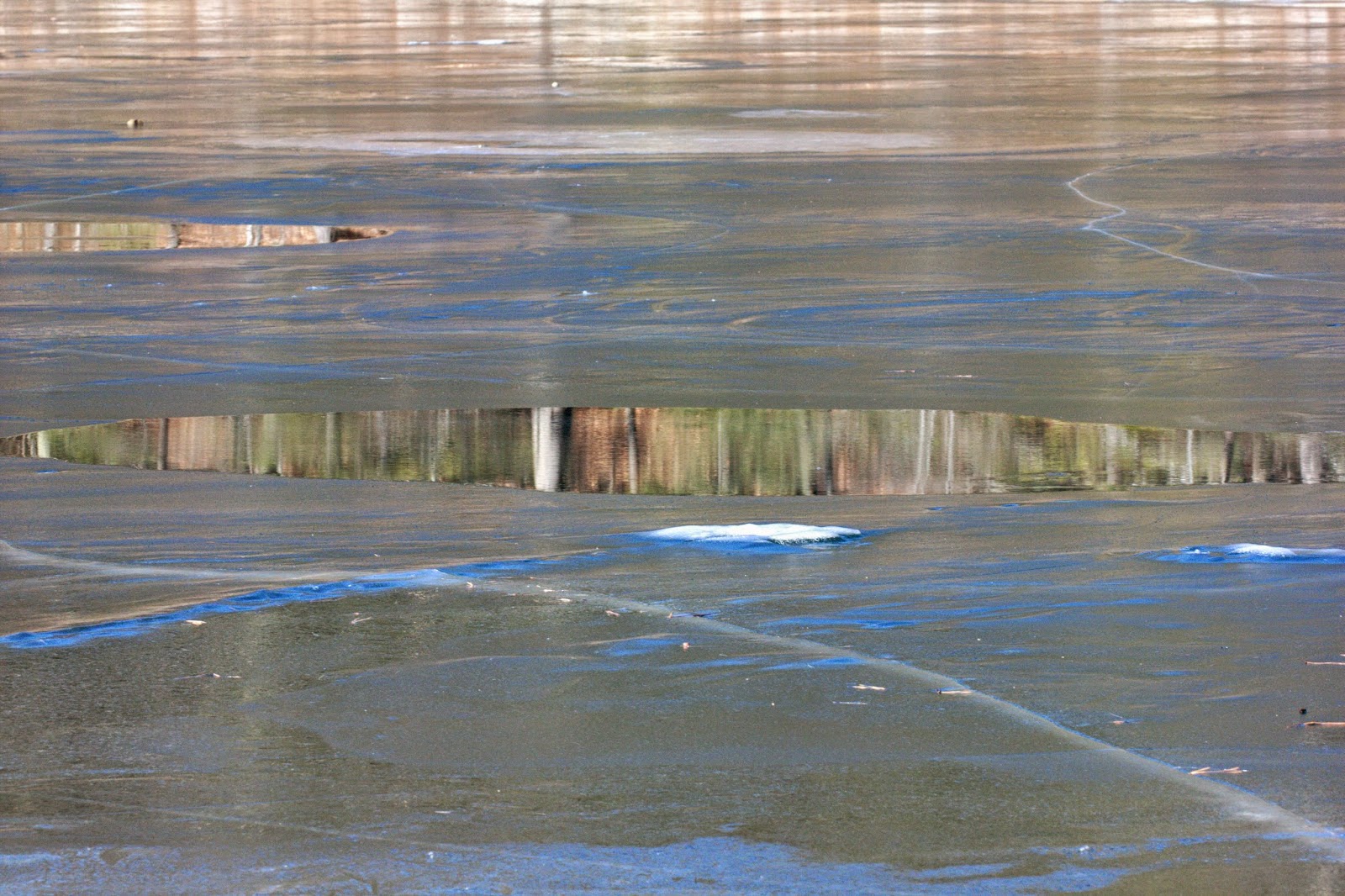 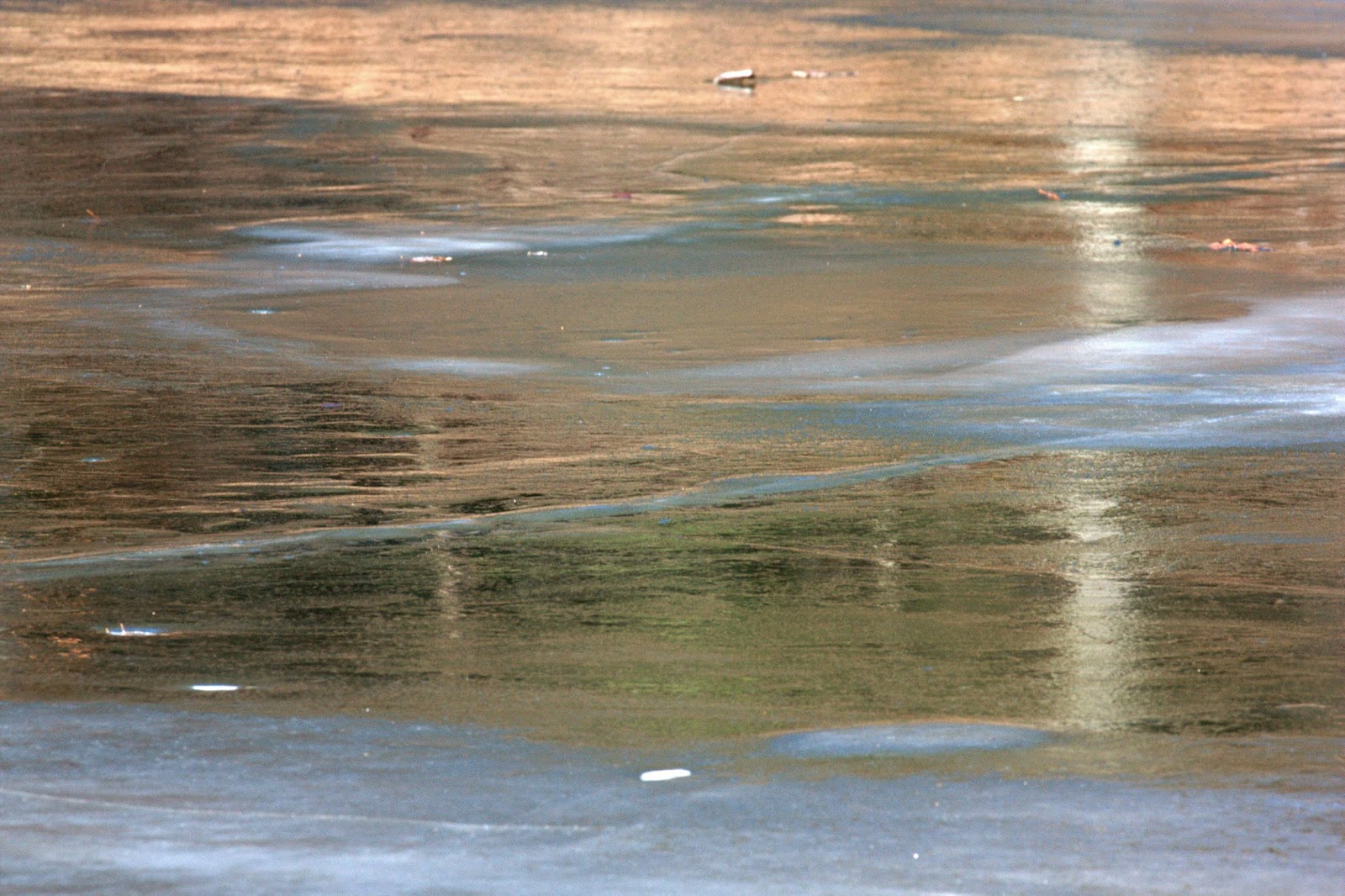 An ice fisherman threads his way across the mostly frozen but partially thawing pond ice to drill a new hole.  I love the blinding backlight of the winter sun that silhouette's his movements that sets the whole pond and shoreline shimmering. 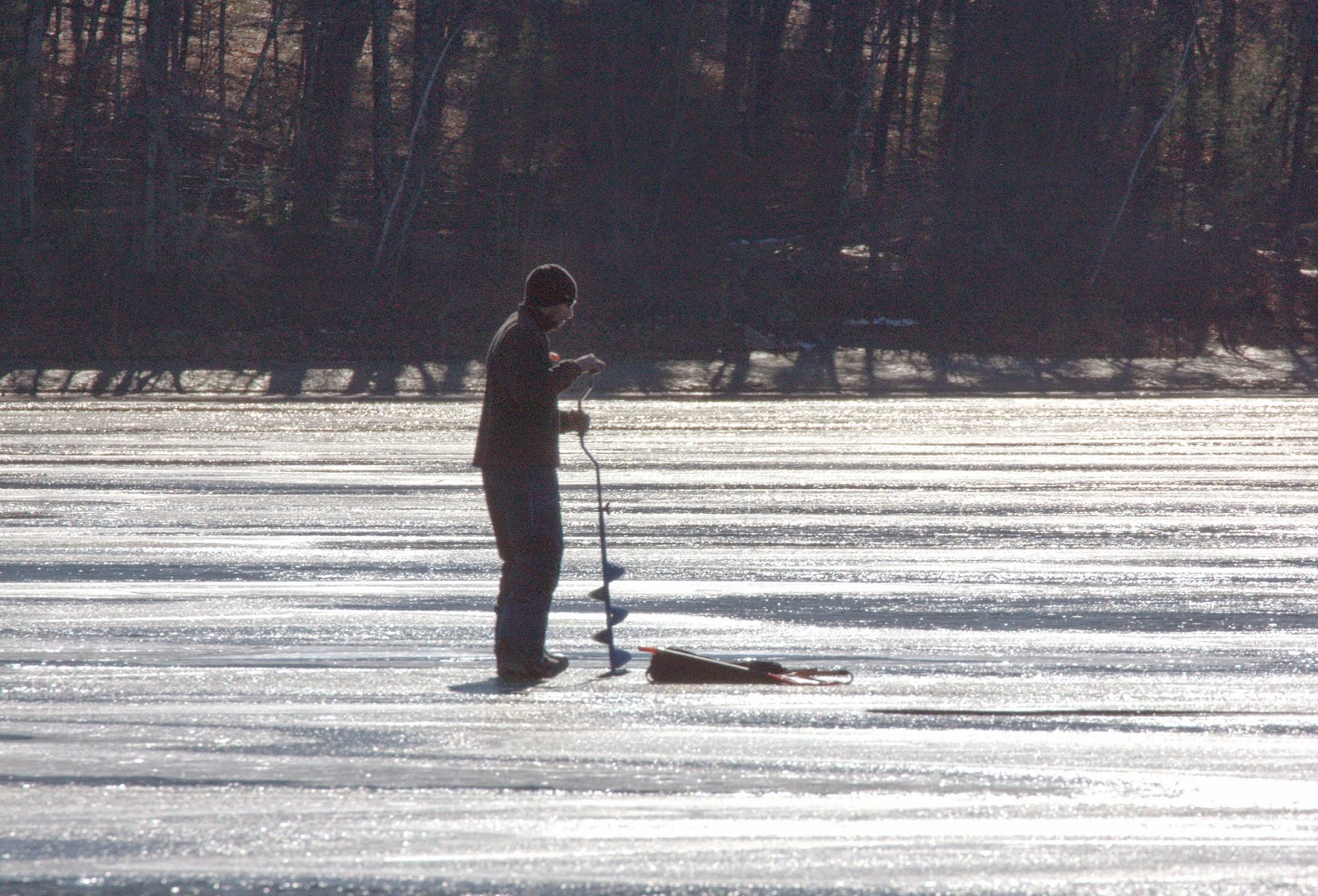 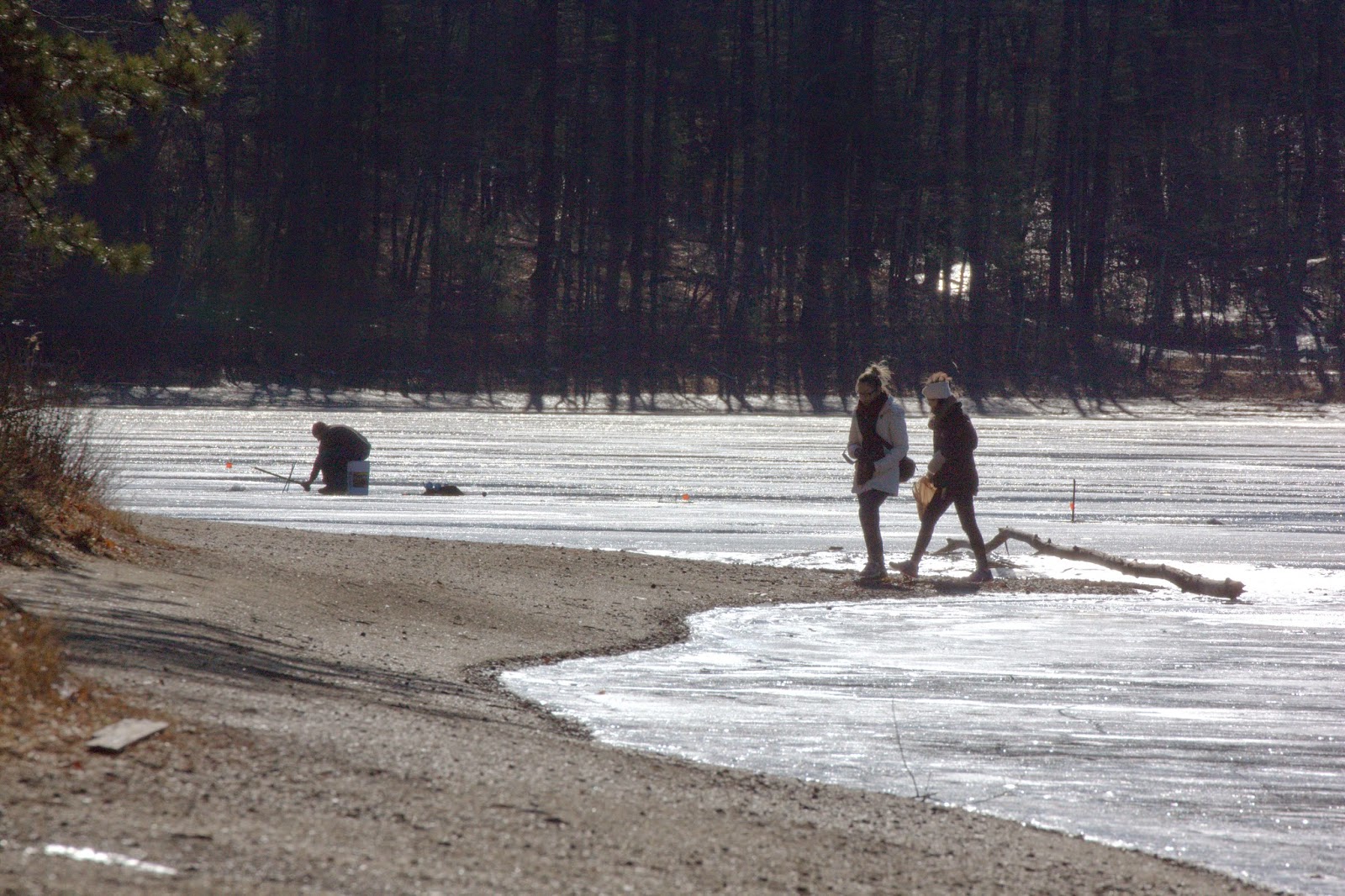 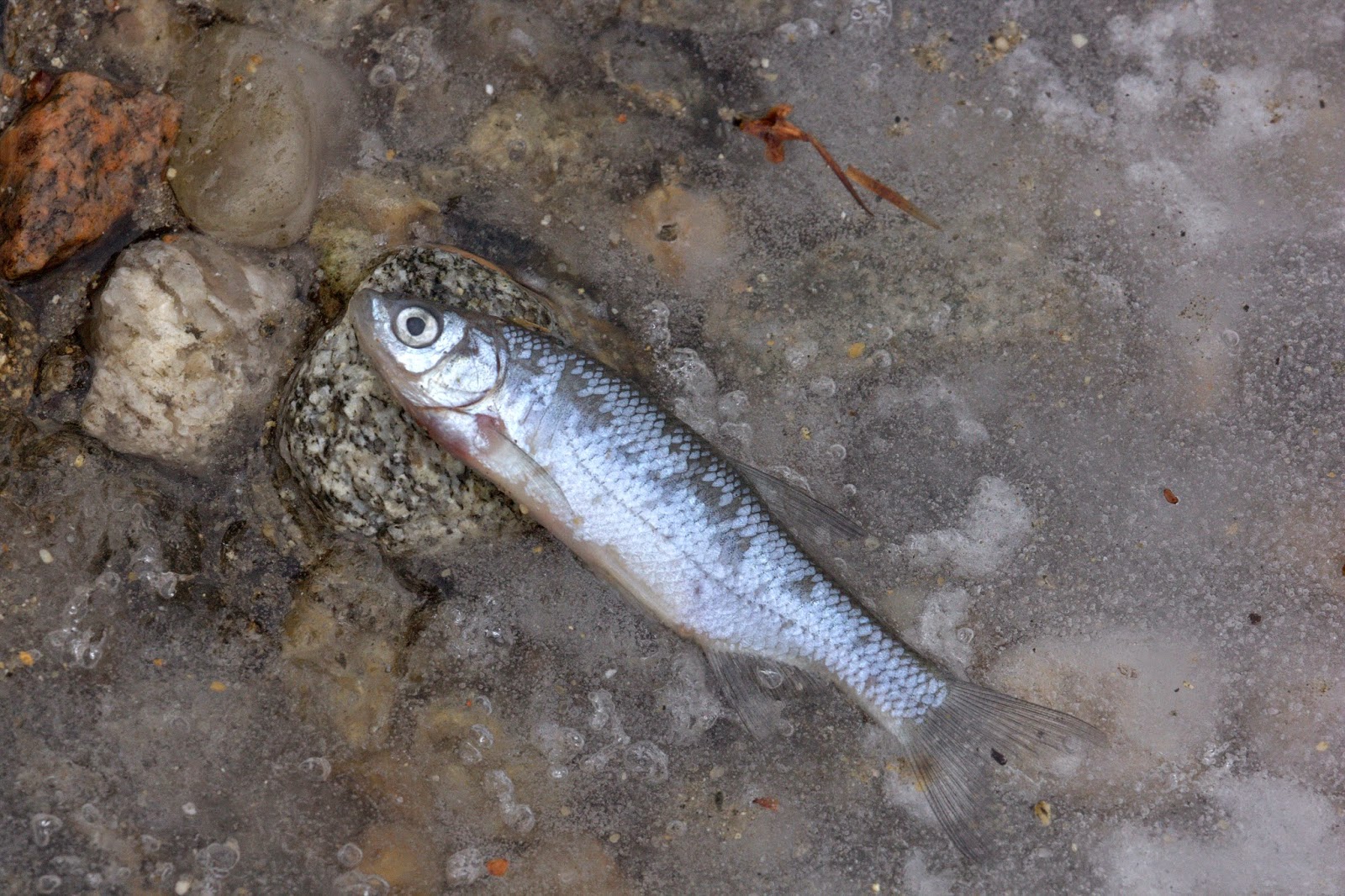 To the casual passer-by, this long view gives no hint of the icy wonders that gleam in the backlight or metamorphose along the shore. 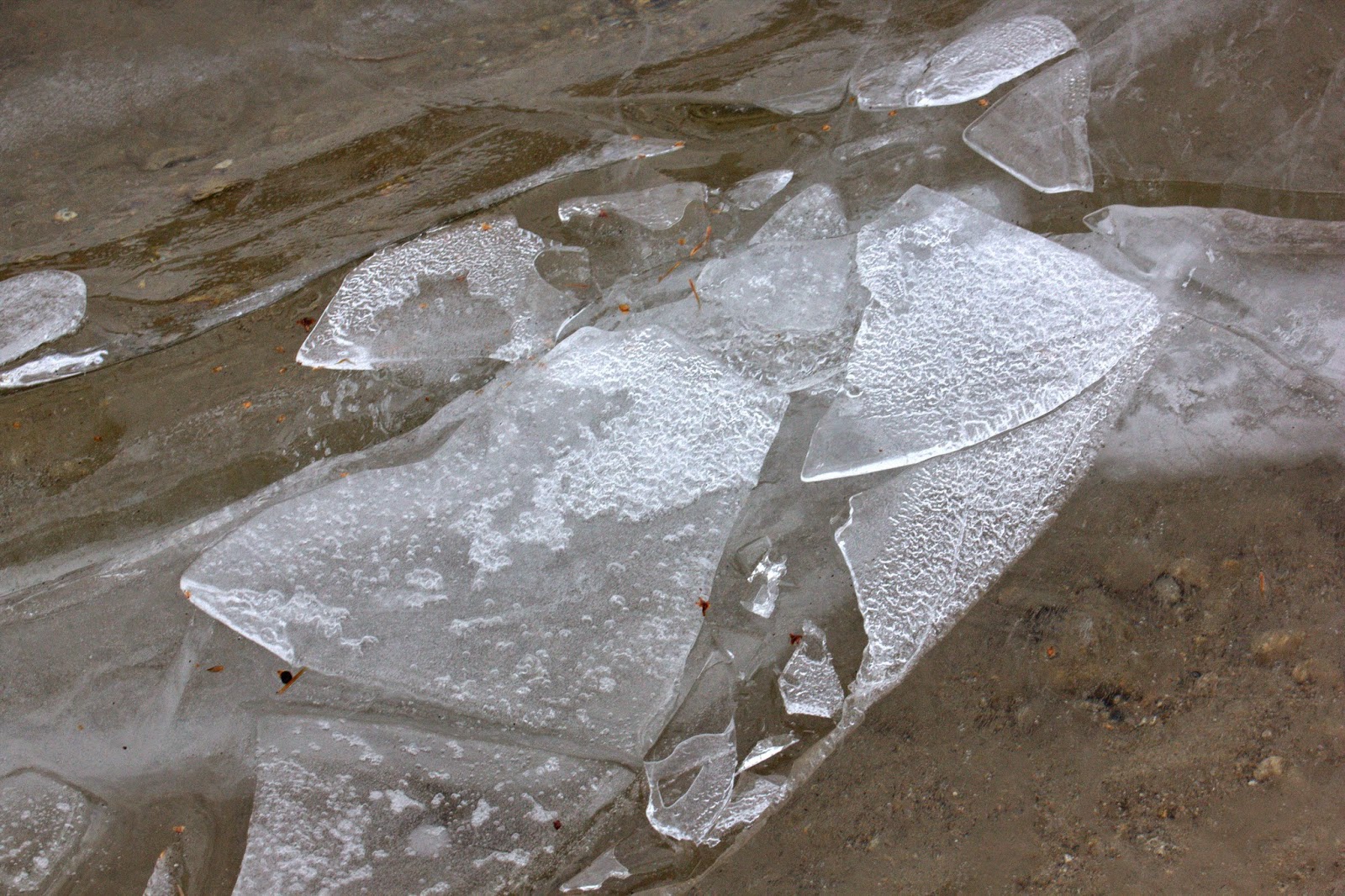 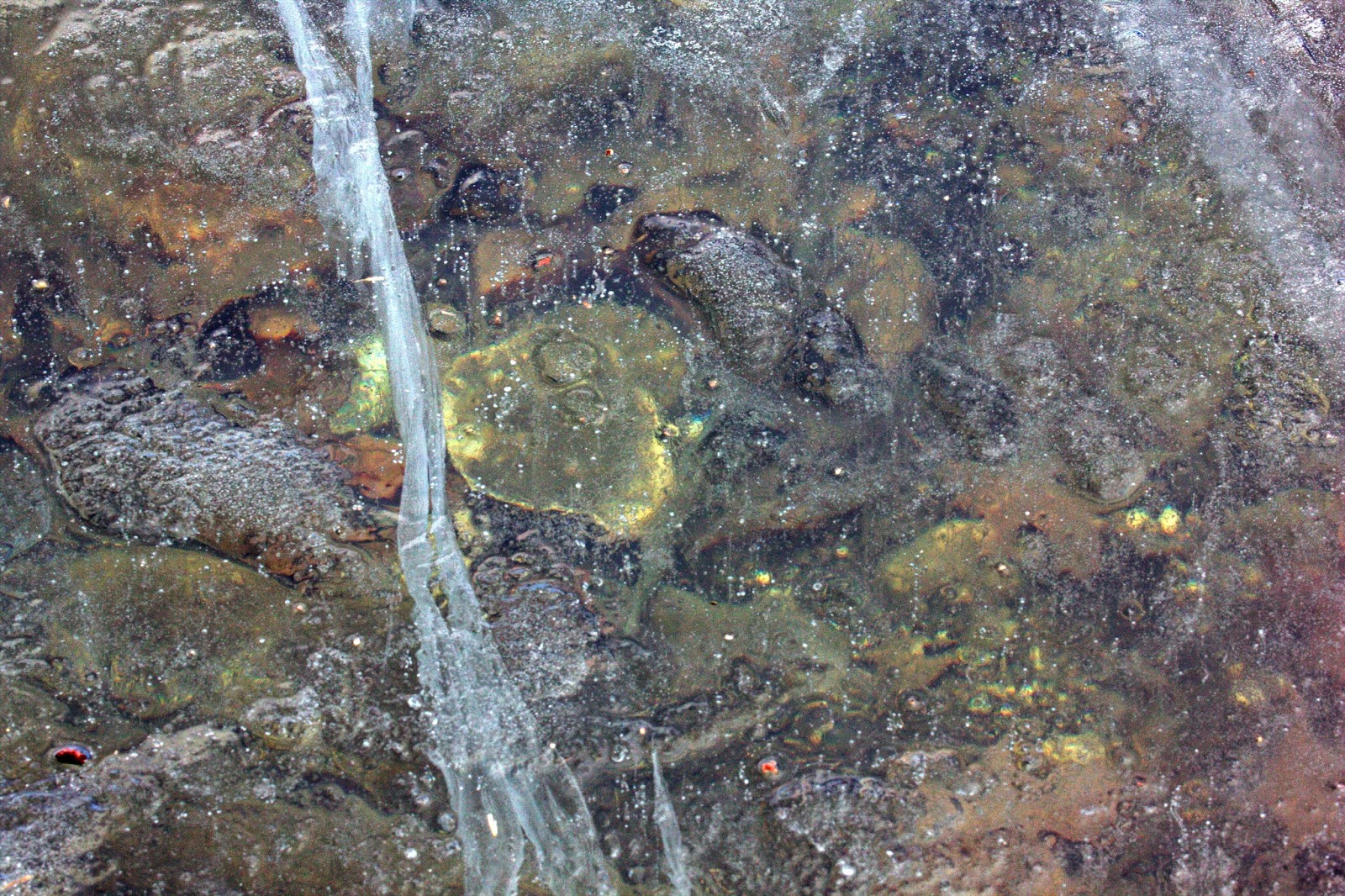 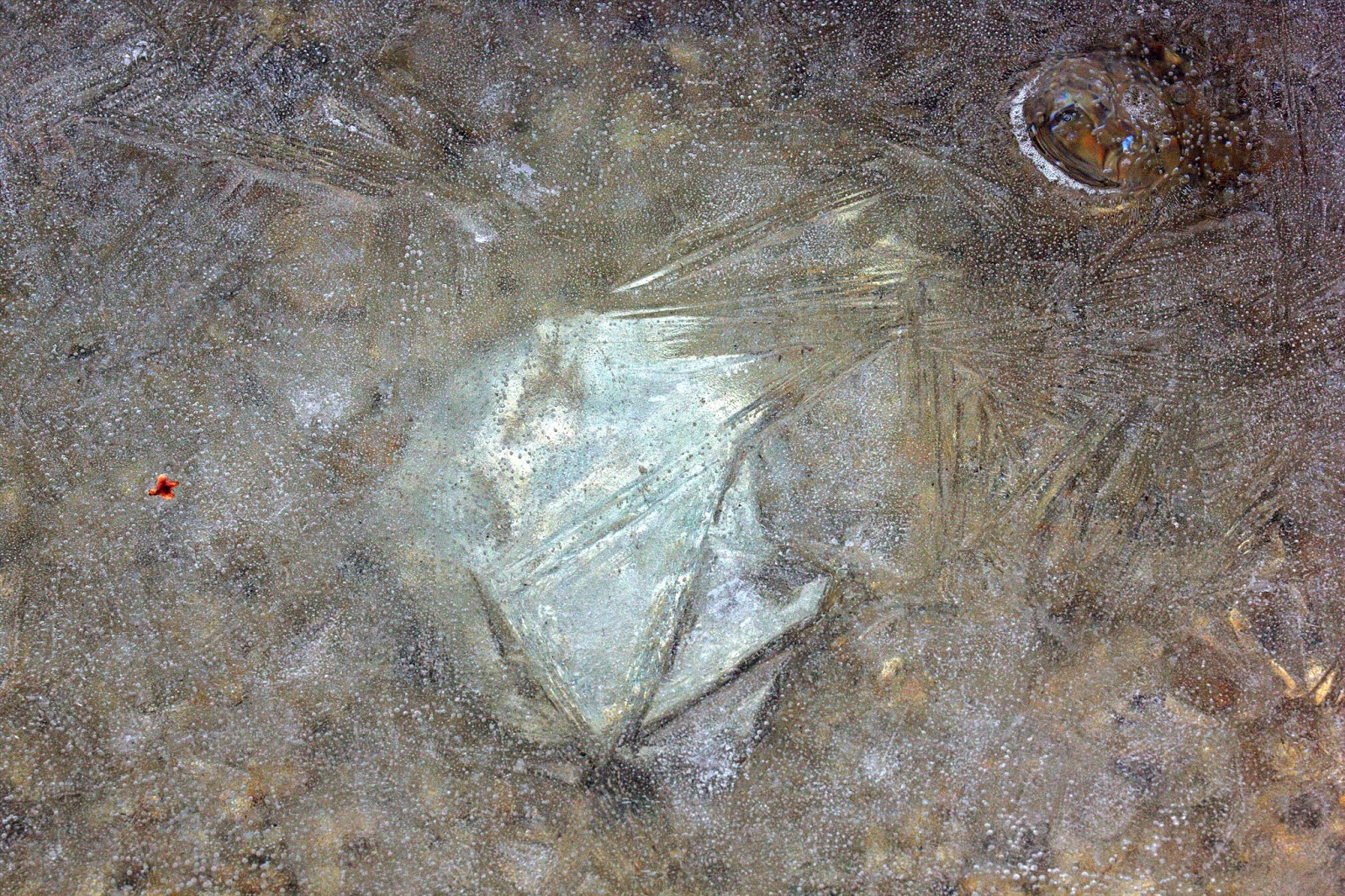 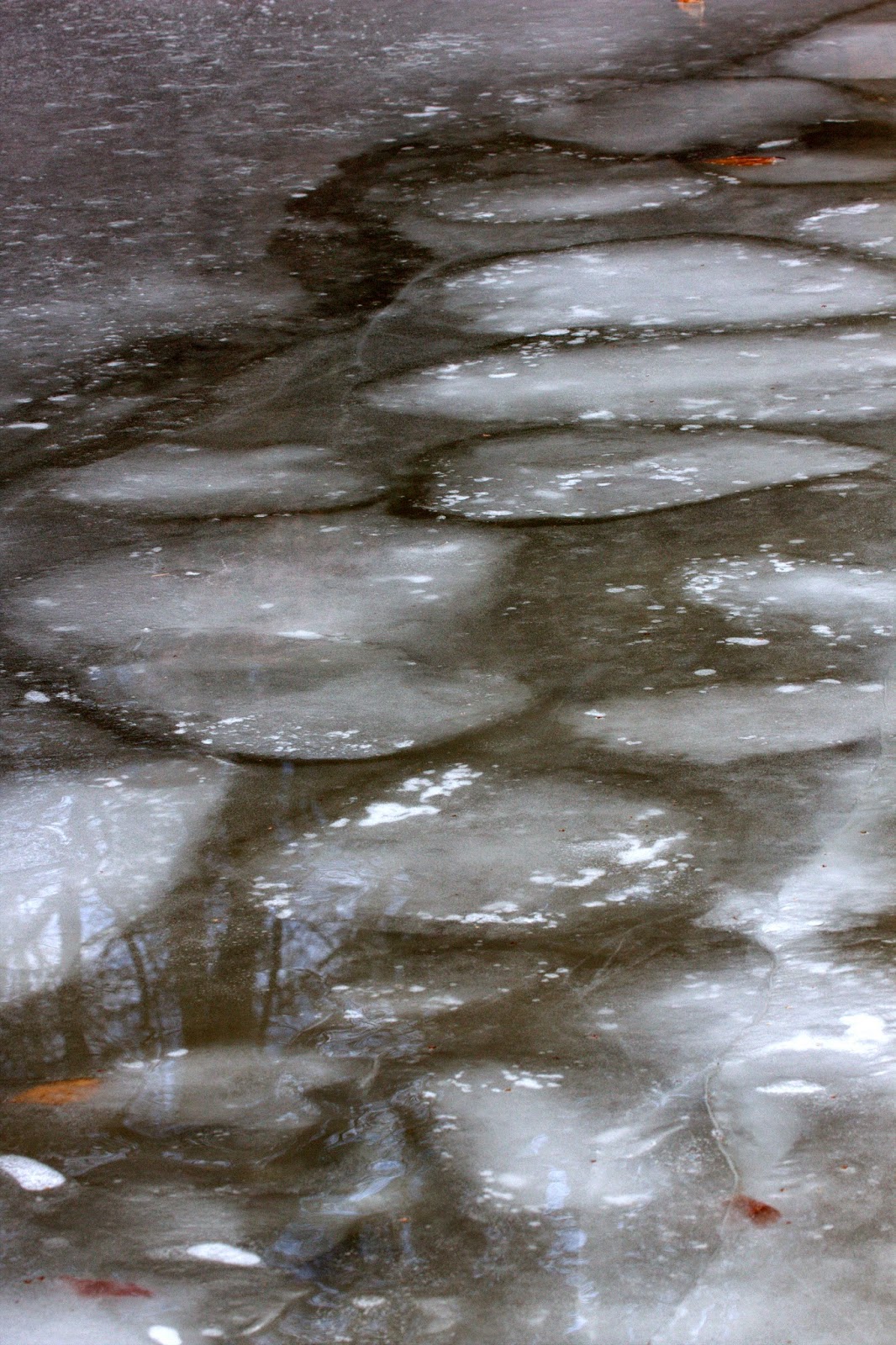 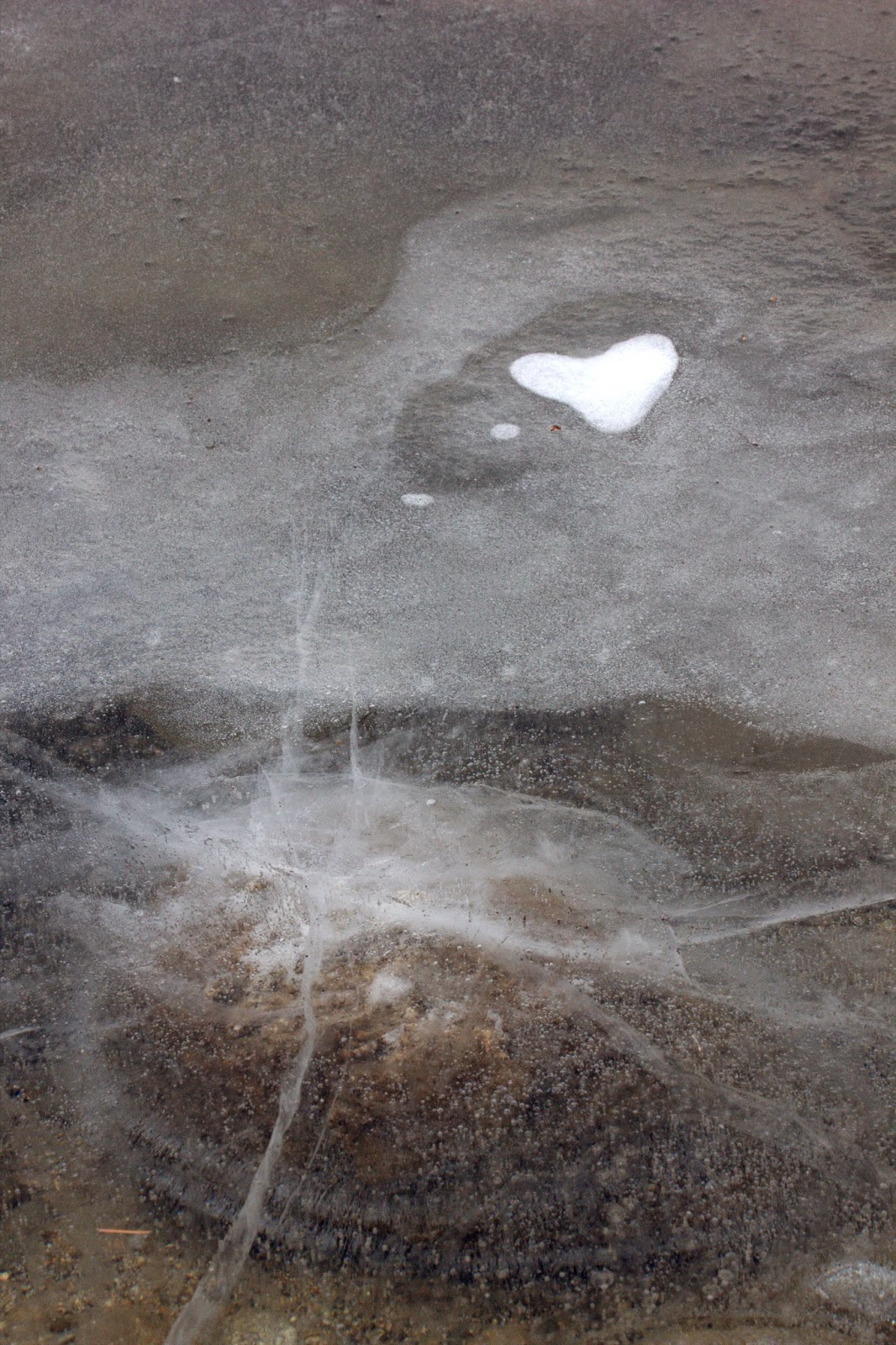 Circling back to my starting point on the eastern shore, near the public boat launch, a final patch of turbulent ice reveals a rarely frozen area along the shore where spring seepage brings in warmer water.  In this frigid winter, the surface water whips up in the icy wind and repeatedly flash freezes, a final reminder of Walden's many winter guises. 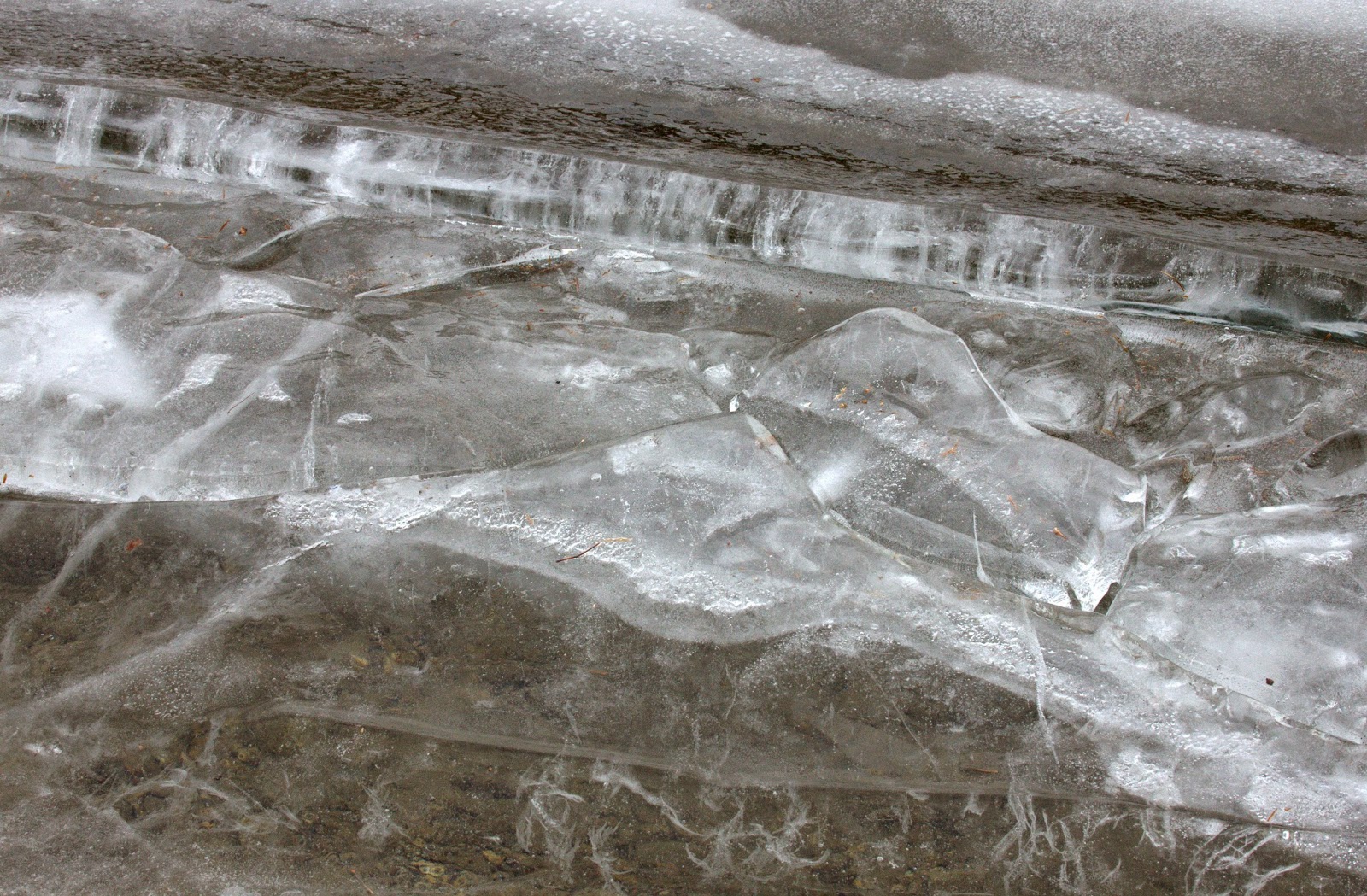