Each town should have a park, or rather a primitive forest of five hundred or one thousand acres, where a stick should never be cut for fuel, a common possession forever, for instruction and recreation. (Journal, Thoreau, 10.15.1859)

Prophetic words from a visionary who would be 200 years old next year.  The National Park Service turns 100 years old next month, and Walden Woods now has more than two thousand protected acres surrounding the pond.

I begin this morning's circumambulation of Walden's shore with these milestones in mind and eyes open.


I just learned this week, at the Thoreau Society Annual Gathering, that renowned black-and-white photographer Edward Steichen photographed Walden through the seasons in 1936 for a limited publication.  It appears that the most popular image of that series was one of birch bark, so it is in mind when I spot these two unlikely appearances in the water.

Ripple prisms create infinite patterns as sunlight moves through their lenses into the clear water to project on the sandy, rocky glacial till below. 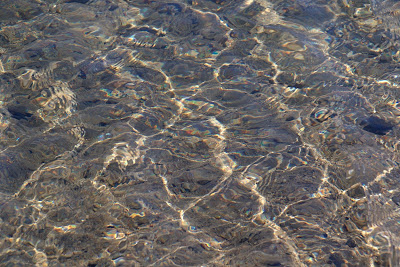 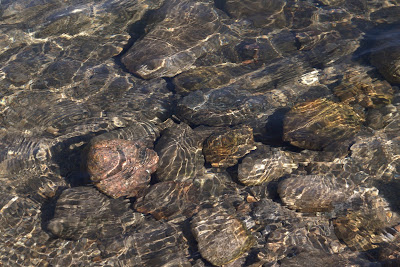 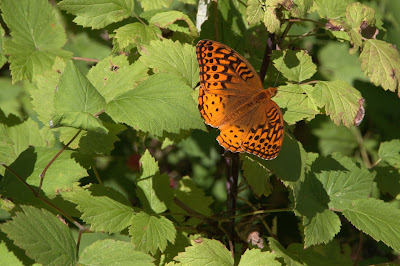 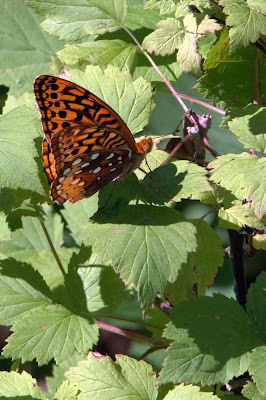 Walking toward Long Cove, to the southwest, the eastern sun dances off the submerged cobbles and projects the shorelines green and gold across the pond's surface. 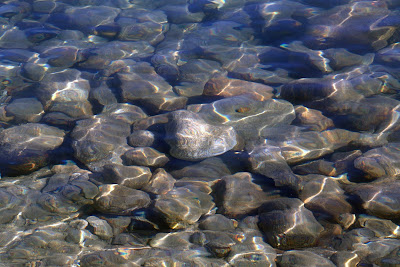 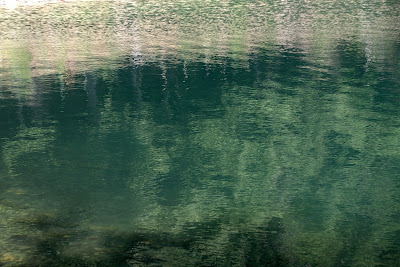 In the protected corner of the cove, young mallards are taking their mid-morning nap. 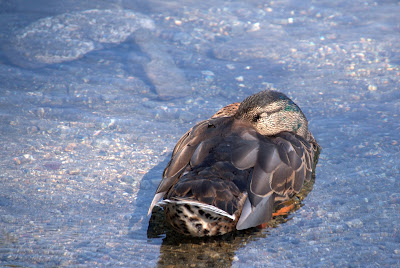 I take a detour across the tracks down to the Andromeda Ponds to check for blooms on Thoreau's still prolific colony of swamp loosestrife (Decodon verticillatus).  A serenade of wood thrush, scarlet tanager, towhee, blue-headed vireo, blue jays, redwing blackbirds, and a yellow-throat usher me along the path and then quiet in time for me to hear a rustling just in the woods above one of the ponds - a fisher.  He digs, pounces, jumps, and twirls about as he hunts in the soft ground unfazed by my lingering. 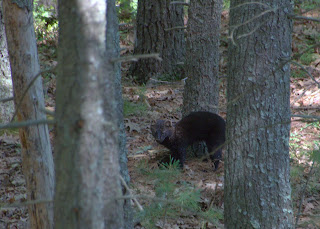 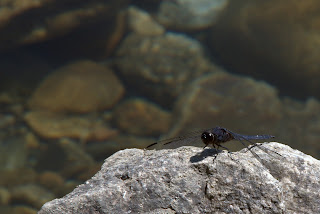 Butter-and-eggs bloom brightly around Ice Fort Cove, a flower whose scent Thoreau reported smelling by moonlight near Walden on his birthday in 1851. 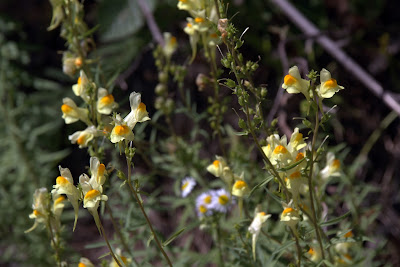 The shallow water in Ice Fort Cove forms a perfect watering hole where footprints of the thirsty and playful are revealed. 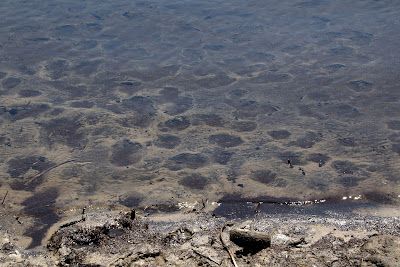 Buttonbush blooms and fades at the mouth of Thoreau's Cove. 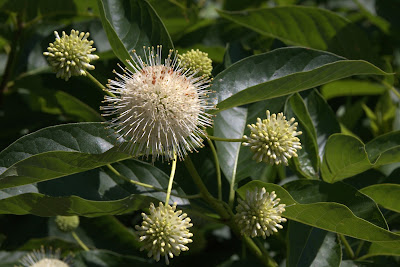 The light-play of ripple prisms continues into the cove, leading me to my second encounter this summer with the mysterious Eastern soft-shell turtle(s) that have made Walden their home since their likely release by some visitor over a decade ago.  This one looks smaller than the one I met last month, so perhaps two still thrive. 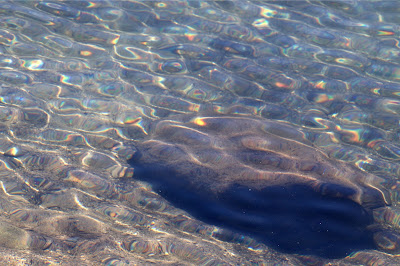 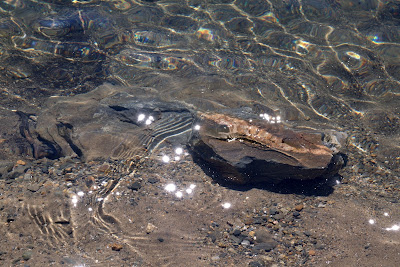 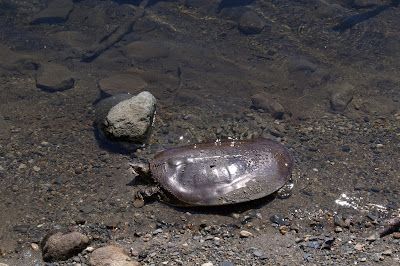 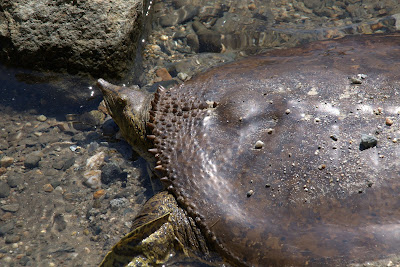 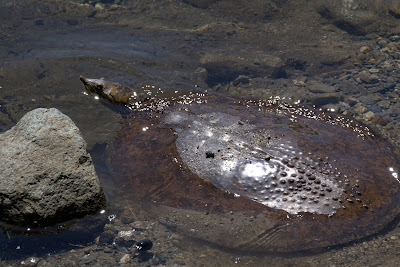 The far-shore visitors are eager to engage today, sharing all manner of tales...and nearly everyone knows it is Thoreau's birthday!  This long-time sun worshipper is paddling to the shade to take a break from the sun as his dermatologist has ordered. 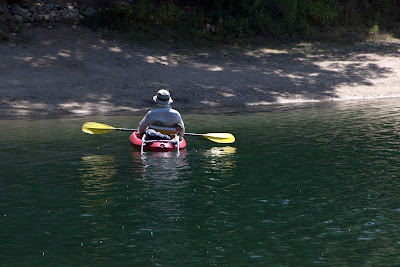 Now with the sun high in the sky, the light play has lost some of its drama along the northern shoreline. 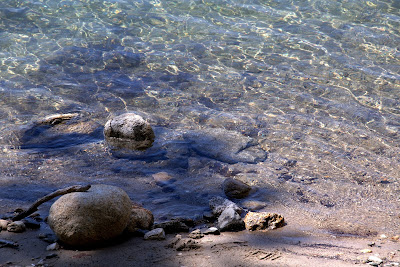 My circumambulation comes to an end where I started and the sounds of birds and lapping water fade into the hum of conversations, children laughing and splashing, and lifeguards on their megaphones. 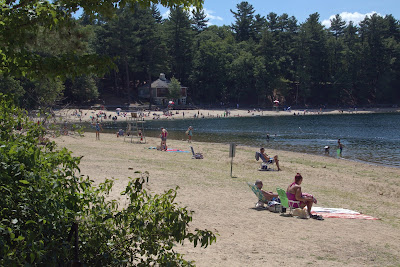 Wildness meets re-creation around this blue eye of a pond.